Crisis in Ukraine: What Happened and Why 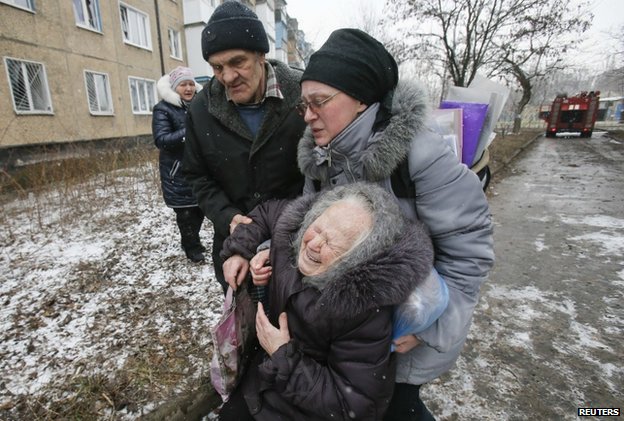 In order to find scholarly materials on this subject go to SUBJECT DATABASES on the GWU library website. Then go to A to Z list and choose the productive databases listed below. For your searches use key words such as: Minsk AND peace AND Ukraine. (You do not need to say “Minsk accord” “Minsk agreement” or “Minsk protocol” the database will put things into the right context automatically.)

The Cultural Divide - The maps below provide a sketch of the cultural divide in Ukraine before the crisis: according to the most recent census, conducted in 2001, 76.8% of the population was Ukranian and resided in the central and western portions of the country, while Russian-speakers, accounting for 16.9% of citizens, predominated in the east and southeast, particulary in Crimea.

March 10, 2015 - Dr. Phillip Karber, President of the Potomac Foundation, discusses Russia's "hybrid warfare" campaign in eastern Ukraine -- its techniques, effectiveness, and implications for Ukraine and the West. Discussion hosted by the CSIS Russia and Eurasia Program.

News from Ukraine in Ukrainian, Russian, and English

Kyiv Post -- News and analysis from Kyiv in English