This guide is a part of the Global Resources Center's exhibit on Shanghai and World Expo 2010. It aims to provide both print and electronic resources on Shanghai, covering Shanghai's history, economy, social life, culture and architecture.

Welcome to the Global Resources Center's web guide to Shanghai. This guide is part of the GRC's exhibit on Shanghai and the 2010 World Expo. It aims to provide more indepth information, show you images from the Expo and help you locate resources covering the subject areas of Shanghai's history, economy, people, culture, architecture, and the Expo. If you have any questions, please don't hesitate to contact Jing Zhong, China Documentation Center librarian. We are here to help!

For an overview of Shanghai, here are some recommended resources:

Exhibit on Shanghai and World Expo from the Global Resources Center

Shanghai in the Spotlight:

World Expo 2010 and the City of Shanghai

An Exhibit on Shanghai

From the Global Resources Center

The grand opening of the 2010 World Expo on the evening of April 30, 2010 put Shanghai in the global spotlight. The Expo is a symbol of China’s growing presence on the world stage. As one of China’s largest cities and most developed districts, Shanghai  has played a significant and ongoing role in China’s social and economic growth.

Shanghai is a city rich in history and culture. Emerging as a traditional fishing village on the edge of the Huangpu River in the 11th century, Shanghai grew to become the largest city in China by the 1800s. During the ensuing Opium Wars, the British, American, French, and Japanese established territories in Shanghai by forced treaties with the Qing dynasty. The influence of this foreign presence had a lasting impact on Shanghai.  Over the years, Shanghai developed its own distinctive culture, a unique blend of East and West. There is no other city like it in China.

The corresponding book exhibit located on the 1st Floor of Gelman Library aims to highlight a selection of the Global Resource Center's collection focusing on Shanghai’s history, economy, culture, architecture, and social life. For more detailed information on resources about Shanghai available in the library, please check out this research guide on Shanghai. 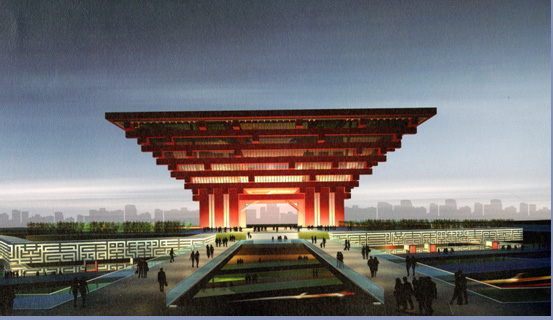