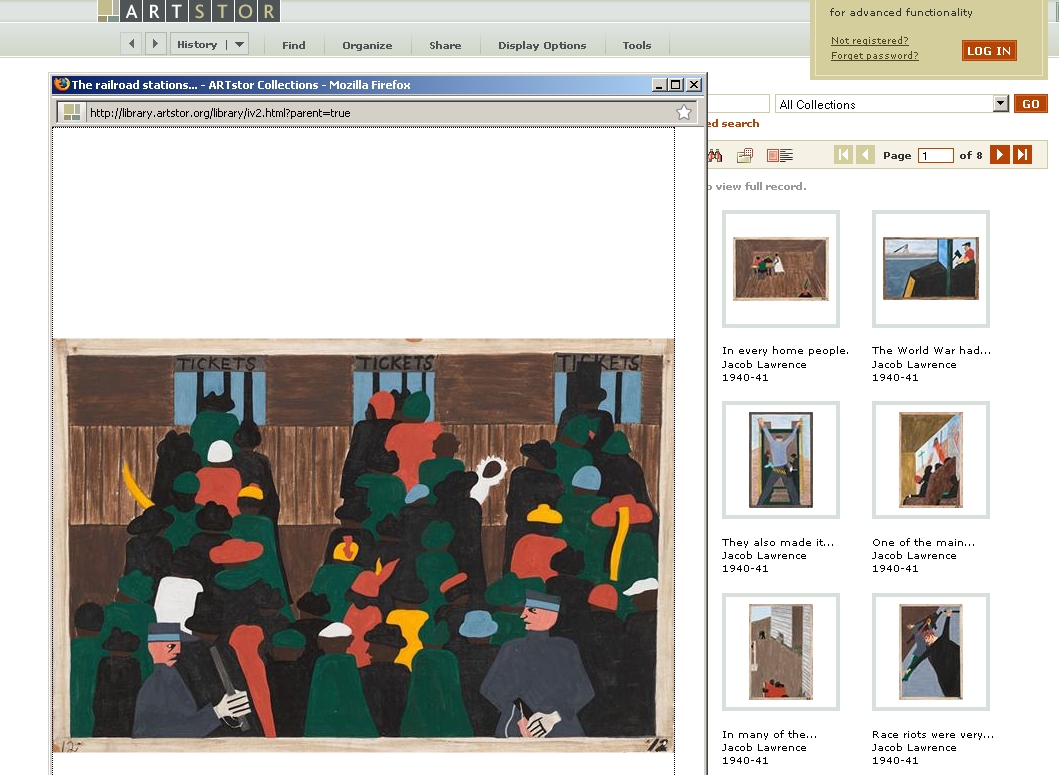 Search ARTstor for images by artists like Aaron Douglas and photographs of writers, artists, intellectuals, and their communities.

Try these other sources, too: