This guide brings together resources on the recent disaster in Japan including news coverage, analysis, information on relief efforts, background information on natural disasters and nuclear power issues, etc.

On March 11, 2011, a magnitude 9.0 earthquake struck off the East coast of northern Japan.  The devastation from the earthquake and the resulting tsunami leveled cities and towns in Miyagi and Fukushima prefectures.  Further complicating the response, the Fukushima Daichi nuclear reactor has been severly damaged.  Low-levels of radation have been emitted despite the efforts to cool the nuclear fuel. 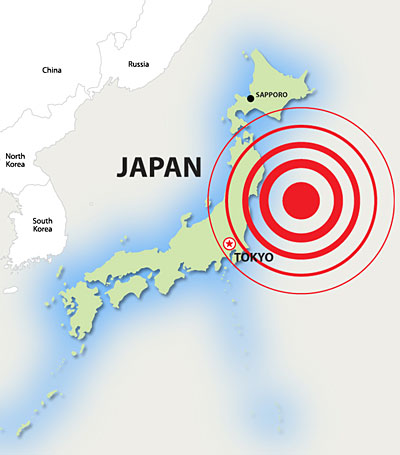